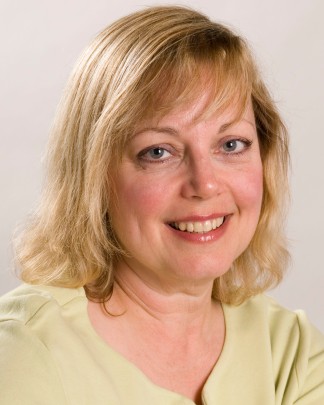 Michelle Krajecki was born and raised in Chicago. Her comedy comes from her mid-western, middle class, middle child views. She is a graduate of The Second City Training Program in Chicago and Zanies stand-up comedy classes. Her comedy transcends gender, age, perspectives and blood types. She has hosted her own comedy minute on  95.9 The River, a suburban Chicago radio station. She also was a co-host of her own comedy cable television show, “Comedy-At-Random”, in Downer’s Grove, IL.  Michelle can be seen at clubs and comedy events all over town including Zanies, The Laugh Factory, and Riddles Comedy Club. She was a finalist in The Clean Comedy Challenge at Hoosier Park Casino, Indiana, in 2015. She also was the winner of ‘The High Fiber Division’ at a Chicago Comedy competition, 2016.

Michelle’s comedy path has come full circle. The original ‘plan’ was to go to The Second City after getting her theater degree. Deciding she was not the starving artist type, she taught special education before staying home with her kids. After performing comedic roles in church dramas, encouragement from family and friends and a mid-life crisis, she decided to pursue a career in comedy. Realizing her dream, she graduated from The Second City Training Center in Chicago. Afterward, she felt compelled to strike out on her own and perform stand-up comedy.

As a mother with two children ‘on the spectrum’, Michelle chooses to look at life through a ‘twisted lens’. She believes most comedy comes from imperfect people living in an imperfect world. “You can’t control life, but you can control your reaction to it.” I like to share my twisted views with other.

After a somewhat empty nest (they always seem to be around), Michelle and her husband moved from the suburbs back into the city. There, they live with their part-time tenant—their college-aged daughter. (The oldest was successfully launched and is working in Virginia –also working on her second Masters.)